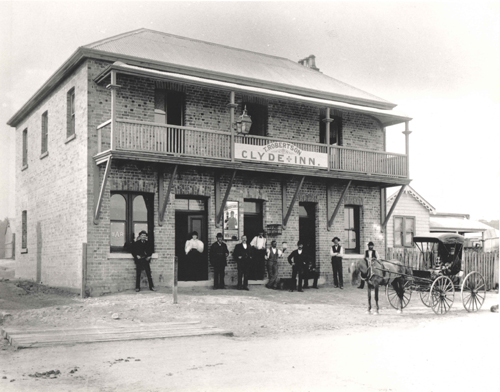 Early Transport:
A double-decker, open-topped horse bus, drawn by four horses carried passengers between Wallsend and West Wallsend. The colliery railway could also carry passengers on occasion. In 19 1 0 a steam tram service replaced the horse bus to Wallsend, a distance of 7 miles. There was a junction to Speers Point at Brush Creek (Edgeworth).
Railway:
The early coal companies constructed their own private railways from West Wallsend to a junction with the main line near Cockle Creek. This line was used for passengers as well and was in service from September 1888 until 31st January 1930. A steam tramway was inaugurated between West Wallsend and Wallsend in November 1910.