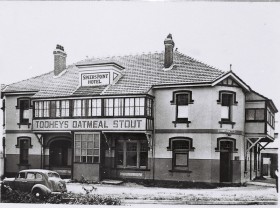 History
Speers Point was established in the year 1828. It is named after William Speer who bought land here in 1870. There were some aboriginal names associated with this place like Milloba and Biddaba when the Awabakal tribe of Macquarie inhabited this area. The name Speers Point has remained over time. Two subdivisions took place in 1902 and 1912.

Some of the earliest industries to be set up here were a colliery, a dairy and an orchard. In 1843, Lochend Colliery began mining operations, which went on till the year 1916. Later, Speers Point Gully mine was operated by Mr. T.H.Rhodes. Smelter operations were also carried out here from 1896 to 2003.

Speers Point Park was transferred to the Lake Macquarie Council in the year 1910. Earliest mode of transport was through steam trams that operated from the year 1912. These operations, however, ceased due to financial troubles, and a private bus service began operations in 1931. In 1920, a ferry service was also started. Now, cars are the most commonly used mode of transport with as many as 75% of people driving to work in cars.

First Post office opened in 1916 and shut down in 1976.  The 1989 earthquake caused some destruction in this area, which has since been repaired. The first Public School opened in the year 1957.

Speers Point is a small suburb that has some beautiful homes, which overlook the lake. It has reasonable amenities in the form of shopping areas and places to eat. It is also close to the city of Newcastle and thus offers a home away from the bustle of a large city. If you wish to live in lush greenery and enjoy outdoor activities in the Lake close by, opt for homes in Speers Point. The real estate is well established and reasonably priced. Reach out to No Bull Real Estate, a family-owned and credible real-estate agent, in Newcastle for the best properties in this area.