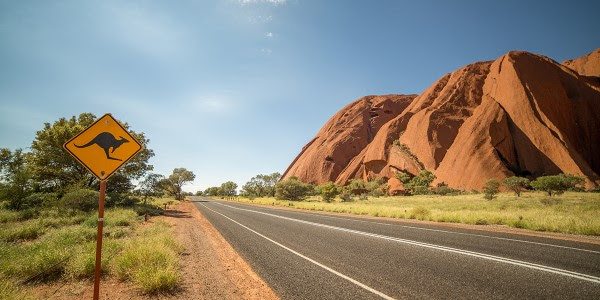 SA3 regions are part of the Australian Statistical Geography Standard (ASGS). An SA3 region provides a more granular look at the performance of housing markets given that these areas generally have a population of between 30,000 and 130,000 people and in regional areas they represent the area serviced by regional cities that have a population over 20,000 people.

Of the 148 regional SA3 areas, 62 of them have recorded an increase in dwelling values or no change over the year to April 2019. Four of the five regions with the greatest increase in values over the past year were in Tasmania with Huon-Bruny Island recording the fastest rate of growth (16.7%). Huon-Bruny Island along with North East Tasmania (11.5%) and Devonport (10.3%) were the only regions in which values increased at a double-digit rate over the year.

Despite the headlines of weak capital city housing markets, the regional areas have generally fared much better in terms of value growth. Furthermore, 48 of the 62 regions have recorded increases in values despite values sitting below their previous peak. This points to a number of regions that have seen housing corrections starting to recover. Some examples of areas which have seen values increase over the year despite significant corrections include:

The remaining 86 regional areas of the country have seen dwelling values fall over the past year. The greatest decline in dwelling values over the past year has occurred in the Outback-South region of Queensland where values have fallen -35.0% taking them -48.3% below their peak. This is a fairly sparsely populated region of southern Queensland which is largely agricultural and has been adversely affected by drought conditions.

The regions in which values have recorded the largest annual falls are generally remote mining and resource regions or those linked to the agricultural sector.

Of the 86 regions that have recorded a decline in values over the past year, 14 have recorded double-digit value declines. Again, most of these are mining or agricultural linked however, Kiama-Shellharbour (-11.5%) and Newcastle (-10.1%) are two regions that are fairly well populated that have seen large value falls, following a substantial rise in values during the recent growth phase. Wollongong in NSW has recorded the 15th largest decline over the year, having just avoided a double-digit fall (-9.6%).

All of these regions now have values that are lower than their peak however, the largest falls from the market peak have been recorded in:

From here it will be interesting to see how these regional markets react post-federal election. With some changes for housing (including the first home buyers deposit scheme and no changes to negative gearing / capital gains tax discounts), as well as APRA now considering changes to serviceability caps along with the prospect of interest rate cuts from the Reserve Bank, prospects for regional housing may improve over the coming months. Add to this the potential for the Australian dollar to move lower together with strong commodity prices, and the outlook for regions connected with the mining and commodities sector should continue to improve.