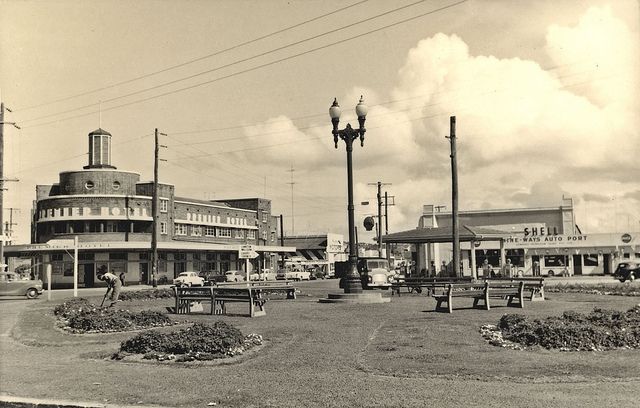 Broadmeadow is geographically the center of Newcastle city in Australia. A bustling suburb, it has a population of 1,730 people as per the 2006 census. These days, Broadmeadow is very popular with young families due to its wonderful surroundings and proximity to amenities along with affordable real estate.

Broadmeadow developed around “Nineways,” which as the name suggests is the convergence point of 9 roads or tramlines. Originally, Broadmeadow was a part of the Newcastle Pasturage Reserve of 648 hectares. The area developed around the Great Northern Railway, the road of Newcastle’s western suburbs and the construction of the Sydney to Newcastle Railway line way back in the 1880s. Nineways initially was just a green space in the center of the roundabout where the roads or tramlines intersected. But later, this area was rebuilt with traffic lights that were linked to 4 roads. The other roads were slowly partially or totally closed.

The famous Century Theatre was once located at Nineways. This was rebuilt after World War II. It was grand with lavish foyers and had a capacity of seating 1600 people. It was a landmark in Newcastle and popular for hosting both stage and screen performances. It closed down in the 1970s. In the 1989 Newcastle earthquake, the theatre was damaged and later pulled down amid great sadness and controversy. Thus was lost a relic of history.

Broadmeadow Railway station is a great hub for transport in Newcastle. It opened on 15th August 1887. It has three platforms and trains running up to Sydney. Until the 1970s, the railway yards here were the second-largest coal facilities for the steam engines. Newcastle buses provide a good mode of transport in Broadmeadow with regular high-frequency bus services.

An aerodrome was situated at Broadmeadow that began operations in 1929 and closed down in 1963. This was utilized by RAAF during World War II.

There are two important High Schools here – Hunter School of Performing Arts and Merewether High School. Broadmeadow has Energy Australia Stadium and International Sports Centre along with Broadmeadow Racecourse that holds horseracing events regularly. Other sporting facilities in Broadmeadow include a skate park and tennis parks. There are many local parks for recreation as well.

A commercial centre with shops and eateries is located at Nineways. Broadmeadow is a quiet place with all the comforts of daily living within easy reach. Hence, the area is gaining acceptance with younger crowds moving in to make it their home. Broadmeadow is a great place to buy a home in.